According to the Organization for Economic Cooperation and Development (OECD), Canada spends more per capita on its Education System than any other country. Over the years, the Canadian education system has seen exponential growth in the education sector, making it one of the best globally. Canadian degrees are considered equivalent to the degrees from the U.S., Australia, and other European countries.

The country as a whole has been progressing by leaps and bounds and is ranked number one in the world in Overall Best Countries Ranking 2021 by USNews. It also holds the number one position in the quality of life category. Other categories that have been considered in the rankings include Adventure, Citizenship, Cultural Influence, Business, etc.

The Student Direct Stream (SDS) is a simplified student visa process that enables international students of some countries, including India, to complete their study visa process faster than the non-SDS process.

Benefits of the SDS program:

Why Study in Canada?

Studying in Canada is a life-changing experience that opens doors to many growth opportunities for International students. In Canada, Streams like Business, Hospitality, Information Technology have always been popular, but in current trends, courses such as Healthcare Infrastructure, Biotechnology, Pharmacy, and Equipment Manufacturing have also become popular.

Not just superior education, studying in Canada brings several work and P.R. opportunities to them as well. For example, international students can stay back in Canada for up to 3 years on a post-study work permit. During this period, they can also apply for permanent residency. Recently, the Canadian Government has set a target of accepting around 4 lakh immigrants till 2023.

International students holding a Canadian degree can work across the globe in highly reputed organizations. There are numerous benefits of studying in Canada; some of them are as follows.

Canada is the best place to live in the world. The country has held the number one position for Quality of Life for the past six consecutive years in U.S. News & World Report rankings. Canada gets a high score because of its high-quality Education System, healthy culture for students, lower crime rate, less violence, reasonable living costs, etc.

Thanks to Canada's friendly immigration policies, a vast number of immigrants have settled there over the last two decades. In addition, Canadian cultural vibrance makes it one of the best places to live and study.

Students can work part-time in Canada during their academic sessions, which is a great way to earn on-the-job experience as well as extra money to enjoy Canadian life. The maximum duration of part-time work is 20 hours/week. After completing studies, international students can extend their stay in Canada for up to 3 years on a post-graduate work permit. On average, an electrical engineer earns between $51,129 – $130,708 per year. Similarly, a software developer makes around $42,178 – $112,125 per year. Nurses with various job titles earn around $46,878 – $93,600 annually.

Canadians enjoy the highest level of living thanks to political will and excellent decision-making that has helped the economy evolve over the last two decades. The country is safe, politically stable, and has a well-developed public health system that has allowed the country to remain in the number one position since 2016 (U.S. News Quality of Life Category). The country is also secure for international students. The monthly average cost of living for international students in Canada is usually around 600-800 Canadian dollars.

The inflation rate of Canada is very low as compared to industrial countries in the past three years. Tuition fee for international students in Canada is much lower than their counterparts in competing countries. Moreover, the educational quality of Canadian Institutes is excellent and affordable. For example, on an average, an MBA course costs around 25-30 thousand Canadian dollars, whereas the same course would cost approximately 30-80 thousand U.S. dollars per year in the USA.

Canada is the second-largest country, and it has four distinct seasons: Fall, Winter, Spring, and Summer. The weather experience changes depending on the province or territory you are in. For example, coastal regions such as British Columbia have milder winter than interior and prairie provinces where the winter temperature varies between -15°C to -30°C. Summers, on the other hand, are warm with temperatures ranging between 20°C to 30°C. No matter the weather condition, the best student cities as per the rankings in Canada are Montreal, Vancouver, Toronto, Ottawa, and Quebec.

Students have to meet several requirements for getting admission to Canadian Colleges or Universities. Students must have an offer letter from the College/University before applying for a study permit. Moreover, students must have an IELTS scorecard with a minimum of 6 bands overall. Some documents are also required for the Canadian Visa process. 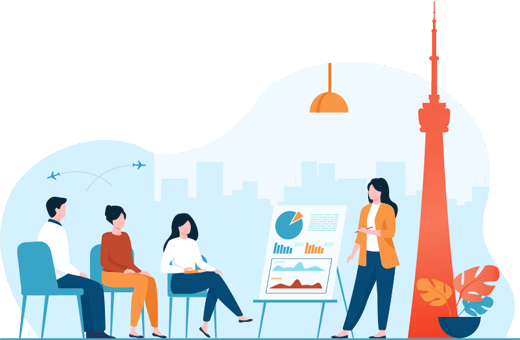 How to Apply for Canadian Study Visa

Here is the process for obtaining a Canadian Student Visa:

Determine how to apply

Students can file their study visa applications both online and in-person.

Visa fees, in addition to embassy charges, must be paid to complete the application process. This processing fee is non-refundable. Moreover, if the applicant’s spouse/common-law partner/children accompany him/her on a temporary visa, then appropriate processing fees must be paid for them.

After approval, the applicant will receive a notification requesting a passport by the Canadian Government.

Work while Studying in Canada

International Students can work in Canada during their studies and earn enough to pay their daily expenses. Permission of working hours is different according to the type of course. Usually, students can work up to 20 hours per week during the course and full time during vacations. There are an ample number of Colleges and Universities which offer Co-op/internship programs to the students.

Students have permission to work while studying for 20 hours a week during academic sessions. They are allowed to work full time in their scheduled breaks.

Students having valid study permits are eligible to work on-campus at Canadian institutions. 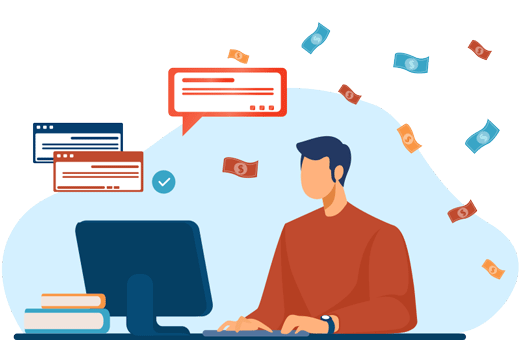 These programs are available for such International students, for whom practical work experience is an essential part of their study program.

Universities and Colleges in Canada